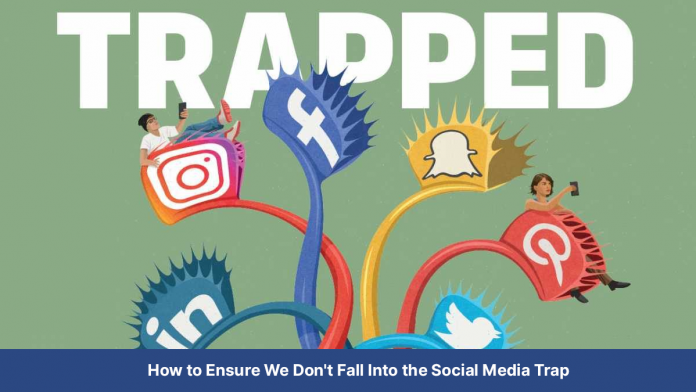 Social media has risen to fame in recent years, with everyone from grandmas to kids using it daily. However, this method of communication can be detrimental to the well-being of not only adults but children as well. While social media has shown its merit as a tool to help businesses grow and connect people, it can also cause some serious problems when used by children.

So, despite social media’s many positive changes to today’s digital world, companies and parents must realize the dark side of this technology, which affects everyone. However, its ill-effects are felt particularly stronger by children and young teens.

The Evolution of Social Media

In the late 80s and early 90s, when the Internet was still in its infancy, we saw early glimpses of modern social media features implemented by communication sites such as CompuServe, America Online, and Prodigy.

These websites, especially America Online, were seen as the front page of the web and had features like email, bulletin board messages, and real-time online chat. They were the forefathers of sites like Six Degrees and Friendster, which were the earliest social networks.

SixDegrees.com was based on the Web of Contacts model of social networking that theorized that every person knows every other person and is only divided by six other people in between. Six Degrees was launched in 1997 and remained active till 2000 before it shut down. And Friendster, which was a major influence behind Facebook, launched in 2001.

Both these networks had millions of active users during their peak and worked on email registration for signups and networking. Weblogs, or blogs, were another early form of digital social communication that gained traction with the debut of the LiveJournal publishing site in 1999. This corresponded with the launch of the Blogger publishing platform by Pyra Labs, a tech startup acquired by Google in 2003.

LinkedIn was launched in 2002 as a networking tool for career-minded individuals. It had expanded to over 675 million users worldwide by 2020. It is still the preferred social networking platform for job seekers and human resource managers looking for competent individuals.

Two other significant forays into social networking failed after a brief period of popularity. Myspace was founded in 2003. It was the most viewed website on the planet by 2006, thanks to users’ ability to share their favorite music.

But only a year after its inception, Facebook was launched but only to Harvard students at first and by 2006 it was available for everyone, and the rest is as they call it history. MySpace was dead and soon after the world changed forever, and it can be argued that the change wasn’t necessarily for the better.

Social Media and its Dangers

Social media impacts everyone, but kids are at the forefront because their minds are still developing and their sense of perception is much more sensitive than adults. Low Self-esteem, anxiety, and isolation are some of the most common problems that parents need to be aware of.

Teenagers who frequent social media sites begin to develop body dysmorphia too. This mental condition infects the minds of the young and susceptible and highlights the supposed perfection in Instagram models and YouTube beauticians.

The Kardashian sisters have been the largest contributors and profiteers to this issue by glamorizing their model status and surgery-happy lifestyles. Impressionable minds are attracted to the glorified “quest for perfection” that social media apps flaunt on their home pages.

They begin to have high expectations based on their notion of beauty. As a result of this conduct, they have an increased desire to compare themselves to others. A study revealed that kids who do not use social media had equal levels of self-esteem and pride, but kids that used social media regularly suffered mental health issues from as young as 14 years of age.

Since 2016, social media has been the world’s least trusted news source. According to a spring 2020 poll, 60 percent of the UK’s 16-to-24-year-old population had recently visited social media for coronavirus knowledge, and 59 percent had come across fake news on the topic. “On the internet, 52% of Americans believe they encounter fake news daily.”

Facebook spreads fake news faster than any social media network. In the run-up to the 2016 Presidential Election, a team of academics led by Princeton University’s Andrew Guess monitored the internet usage of over 3000 Americans. They discovered that Facebook was the referrer site for untrustworthy news sources 15% of the time. In comparison, Facebook only linked consumers to authoritative news sites 6% of the time.

How Can Parents Promote Healthy Social Media Use?

All hope is not yet lost. Despite the aforementioned issues that modern social media has conjured up, parents can safeguard their kids from these dangers and bring balance to their life. The keyword is balancing, and with the right amount of discipline, balancing social media isn’t impossible. Here’s what you can do, and remember that these tips can work for adults too.

Instead of falling for the trap of views and likes and false positivity, we should send positive affirmations to our kids. While it is fun and encouraging to get likes and views on our photos and posts from strangers, we should appreciate the effort put into the process and remind ourselves and our kids that our value is not based on others’ opinions.

Also, remember that people’s tastes can be different and not everyone will like the content that we or our kids post. And we can never make everyone happy. So, instead of seeking validation from others, we should seek happiness inside ourselves. And the younger generation might not see it this way, which is why it is crucial to encourage their hobbies and passions.

2. Focus on Hobbies Outside of Social Media

A great way to cut off social media from one’s life is to focus on one’s hobbies and activities that do not involve social networking. Instead of posting blogs on the Internet, do some live journaling using the good ol’ pen and paper. It allows us to gather our thoughts and feelings at the moment and isn’t meant to be shown to the world.

Live journaling can be a great way to cut off from social media, but it has also been proven to reduce anxiety and get in better touch with our emotions. Therefore, the mental health benefits of journaling are tremendous.

Also, seek hobbies that engage your mind, thus rewiring your brain so you can get rid of social media addiction. These include learning new skills such as coding, learning a new instrument, or a new language.

3. Keep Tabs on Their Online Activities

XNSPY can assist parents in:

The XNSPY Android app to monitor social media sites reduces cyberbullying, phishing schemes, and fake news because parents can remotely disable them from the Installed App section, lowering these incidents even further. And the online XNSPY reviews also show its usefulness and how it can be a game changer for limiting kids’ screen time and phone usage, as well as viewing their social media activities.

Once loaded, the program rapidly uploads data to the user’s web account, allowing them to spy on their children’s cell phones whenever they choose. It shows screenshots from all popular social media websites so parents can investigate their activities and chats, and intervene if necessary.

There is still hope for children swamped by digital networking and its harmful implications. Parents are not alone in this battle since they can interact with their children and teach them fundamental online safety concepts.

And, if all else fails, they have the support of reputable monitoring applications to limit their children’s phone and social media use, so protecting them.

Save Space On Your Disk: How To Find And Delete Duplicate Photos

5 Major Cybersecurity Skills That Are In Great Demand In 2021

What to Do If You Need Cash Quickly – Financial Apps

Mobile Applications to Get Closer to your Consumers

4 Ways to Get the Man of Your Dream

What are the requirements for spouse visa extension?