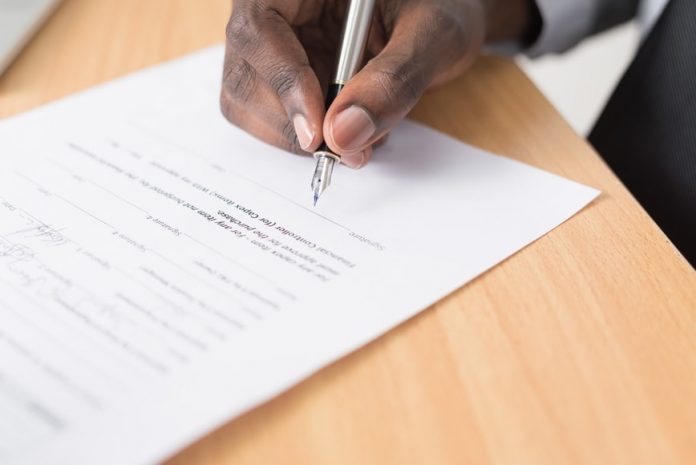 The Role of Smart Contracts in Blockchain

Smart contracts are the future of transactions. They’re cheaper, faster, and more secure than traditional contracts. They’re also easier to audit and enforce, making them more reliable than a paper-based contract. Smart contracts can be used anywhere that a contract is needed to transfer ownership of something—a car or house, for example.

The Benefits of Using Smart Contracts

In addition to being secure, smart contracts are also transparent. The public ledger of the blockchain is visible to all users, so once a smart contract is stored on it, its contents can be viewed at any time by any member of the network. This means that there’s no room for confusion or errors when it comes to executing a smart contract: All parties involved have agreed upon and have access to the same information regarding their agreement and can observe its execution in real-time

Smart contracts are self-executing. As we mentioned earlier, they don’t require human input or effort when fulfilling their terms; rather, they use automatic processes like code and algorithms to carry them out. Once a smart contract’s criteria have been met, it performs whatever actions were specified in its code without needing anyone else to confirm that these actions should take place.

Smart contracts enable fast and efficient transactions for both parties involved in an agreement by eliminating much of the human legwork required for manual processing. As there isn’t any paperwork or physical exchange taking place with smart contracts, no one needs to wait for documents or funds to be sent from one location to another for a transaction to be completed—and because all parties can view the same information at all times (another benefit of transparency), there’s no need for someone overseeing the transaction and making sure everything is being done correctly as would be required with traditional agreements written on paper or sent via email.

Because they reduce overhead costs associated with manually processing contracts (like printing), mailing them back and forth between parties; reviewing them line by line before signing; etc., smart contracts ultimately end up saving businesses money that would otherwise go towards such tasks, allowing them instead spend those funds elsewhere within their organization—or pass those savings on directly their clients/customers).

Smart Contracts in the Financial Industry

Smart contracts are programmed agreements that are automatically executed. With traditional contracts, the intermediary may be a friend, an attorney, or even a government agency who serves to guarantee the contract is honored. But blockchain technology allows smart contracts to act as an independent third party. In short, smart contracts based on blockchain technology will not only self-execute but also will register and store immutable records of the transaction on a ledger that can be viewed by both parties. This means that smart contracts are capable of eliminating the need for intermediaries by relying on code rather than people.

Cryptocurrencies built on blockchains, such as Ethereum and Neo, use smart contracts. Smart contracts are scripts that are run when a transaction is sent to a blockchain. When the script is run, it carries out the desired action. For example, in an exchange of money for a good or service between two parties using a cryptocurrency, both parties must be satisfied with the outcome of the transaction before any money changes hands.

If one party doesn’t hold up their end of the deal, the other gets their money back anyway. Smart contracts help ensure that these transactions are carried out safely for all parties involved by hard-coding these rules into every transaction that occurs on blockchain networks utilizing this technology.

This is just one example of how smart contracts could be used—they’re also capable of handling more complex agreements like insurance policies or automated debt-collection services (a feature often utilized by loan sharks). What makes them useful for carrying out these tasks is that they’re completely autonomous and trustless; there’s no possibility for human error or tampering on either end because everything is handled by code on the blockchain rather than an intermediary organization or individual.

As previously stated, they are not subject to the government, state, or federal laws that would otherwise govern a written contract. However, they can be used to automatically execute, enforce or terminate contracts based on the terms of their code. In addition to this, they can also be used to create and modify contracts. This means that you don’t have to worry about whether your contract is legally binding because it’s already been done for you!

What does the Future Hold for Smart Contracts?

You can expect to see smart contracts continue to have a significant impact on the way business is done in our lives. We’re already seeing them used in finance, insurance, real estate, and healthcare, among others. Smart contracts could help us automate a range of processes, reduce paperwork and bureaucracy, cut costs and save time across industries. As these revolutionary technologies mature and become standard practice for businesses worldwide, we’ll be able to enjoy the benefits of speedier service and reduced human error – without even thinking about it

Just as paper documents have been replaced by electronic counterparts, so too will traditional contracts be replaced by digital ones. Smart contracts are digital agreements that are stored on the blockchain. This means that they’re much more secure than paper contracts and easier to enforce and implement. By using smart contracts, we can also eliminate a lot of time-consuming legalese from the process, which makes them more efficient overall.

India must see Cryptos as a potential threat to National security

How Belgium can be a Good Place for Bitcoin Trading?

A Few Benefits Offered to Employees Under Workers’ Compensation Programs

10 Benefits of Playing Cockfighting Online: Why You Should Give It a Try

Why Does The RBI Grade B Examination Seem Alluring To Aspirants?

10 Tips For Better Communication With Your Primary Care Doctor

How to Find the Best Leather Wallets for the Men in Your Life?