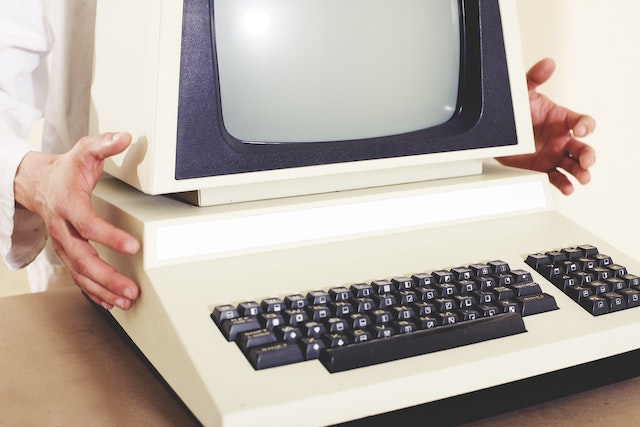 It’s hard to believe that computers have only been around for a few decades. In that short time, they have revolutionized how you live and work. They’ve made previously impossible tasks possible and continue to evolve daily.

The History of Computers

The first computers were created in the early 1800s. These early machines were called mechanical calculators and were used mainly by mathematicians and scientists of the time. It was in the late 1800s that a device that businesses could use was created.

The first electronic computers sprung about during World War II. The machines were very large and took up a significant amount of space. They were also expensive to make and required highly trained operators. After the war, electronic computers became smaller and more affordable. In the 1950s, computer science was established as a field of study.

In the 1960s, IBM released the first mass-produced computer, the IBM 360. This machine changed everything, making computing much more accessible. The 1970s then saw the release of new computer technologies, including the personal computer (PC), floppy disks, and video games.

The 1980s were a boom time for personal computing. The release of Microsoft Windows in 1985 made PCs even more user-friendly and popular. In 1989, Tim Berners-Lee invented the World Wide Web, which quickly became an essential part of modern life. The 1990s saw even more advances in computing technology with the introduction of laptops, CD-ROMs, and email.

Today. quantum computing software is still in its early stages, but a few different platforms are already available. IBM Qiskit is one of the most popular open-source quantum computing frameworks, and it can be used to develop and run quantum algorithms on IBM Quantum computers.

The Different Types of Computers

Computers come in various shapes and sizes and can be divided into four main categories:

These are the most common type of computers. They are designed to be used in a fixed location. They come with various features, including a keyboard, a mouse, and a monitor.

They are smaller than desktop computers and are designed to be portable. They have a built-in keyboard and trackpad and usually have a small screen.

These are smaller than laptop computers and are designed to be handheld devices. They have a touchscreen interface and typically do not include a physical keyboard.

They are the smallest type of computer. They are designed to be used as mobile phones and include many of the same features as other phones, including a camera, an address book, and email capability.

The personal computer revolutionized the way you live and work. It brought computing power and storage capacity within reach of individuals, making it possible for them to use computers for personal productivity, communication, and entertainment.

The PC has continued to evolve since its inception. Today, there are more powerful and capable PCs than ever before. They’re smaller, faster, and more portable than their predecessors. And they’re connected to an ever-growing network of devices and information.

Mobile computing has become the norm with the advent of smartphones and tablets. This new era of computing is defined by portability and convenience. You are no longer tethered to a desk to access your files or the internet. You can now access tools and information for work wherever you go.

This shift has had a profound impact on the way people live and work. You are now able to stay connected no matter where you are. You can work from anywhere at any time. This flexibility increases productivity but also allows you to find a better balance between your work and personal life.

The mobile computing era has also ushered in a new age of connectivity. You can now connect with others around the globe in real-time. This instant communication has led to new opportunities for collaboration and networking.

As mobile computing continues to evolve, you can only imagine the possibilities. You are living in an exciting time where anything is possible.

There’s no question that computers have come a long way. They are now more powerful and sophisticated than ever, and they continue to evolve at a fantastic rate. As you look to the future, it is truly exciting to think about all the amazing possibilities thanks to the evolution of computers.

What are the benefits of a mini PC?

Must Knowing Facts on Moonstone Jewelry

The Logo Is An Essential Aspect Of A Company

How to Do Web Design: Some Steps to Designing a Website

The free phone tracker for Android, how does it work?

The Benefits Of Positive Discipline In Education