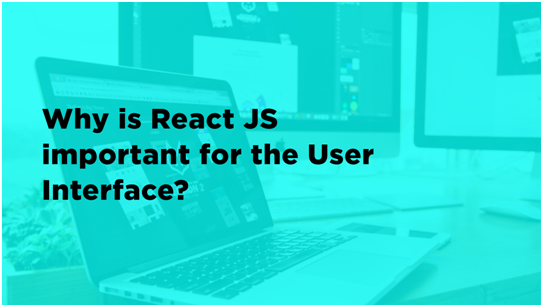 The front-end choices that we have at our disposal are rapidly changing and with so many frameworks and libraries on offer, we sometimes might feel overwhelmed by the options. It has been noticed that entrepreneurs who want to take their business online have opted for Angular, but React Js has slowly been cementing its space in the realm of web development.

What is React Js?

React Js is a JavaScript library that is not only open-sourced and flexible but also scalable. It is ideal for building the frontend of simple and easily scalable web applications. Ever since its introduction it has been garnering popularity and today it is way ahead of angular according to the survey conducted by Stack Overflow.

Today more than 200,000 live websites are using React which includes some heavyweights like Netflix, Paypal, which has gone on to inspire confidence in React amongst other companies. You might wonder, if so many companies are steering towards React Js, they must be doing something right, right? This is primarily because of the benefits that follow when you use React Js.

What are the advantages of using React Js?

Once you have a better understanding of React Js, you will realise why it has created a special place in the equation of other front-end frameworks. Its benefits are:

Why should React Js be your first choice as a front-end framework?

Unlike Angular and Vue, React is a very easy framework to learn. This is one of the reasons why React has generated so much clout in such a short span of time. Businesses tend to stay away from things that take a long time to master.

React Js makes it possible to design User Interfaces that look good and are visually appealing. This is the reason why users might like your app and will perpetuate its sustenance.

React comes with an optional JSX syntax extension which allows you to write your own components. These components are compatible with HTML quoting.

It allows developers to relaunch the same digital objects and a change in the code and logic of one component doesn’t affect the entire body of components. Each component has its own logic which allows for a simplistic maintenance process.

The problem with the DOM is its structure. It is hierarchically organised which means that the change in one component is going to create a domino effect on others and eventually affect the user interface. To deal with this problem React Js has virtual DOM which entails that if you make a change you can actually calculate the risks involved with that change. This makes sure that the performance of the application remains stable ensures better user experience.

For online businesses the lesser time the website takes to load, the better it is for them. The fast rendering of React based websites gives it an efficient load time which enables businesses to rank higher in Google.

7.  Presence of a strong online community

Even though it is relatively new in comparison to something like Angular, it has got a strong community support. Everyday this community of developers are writing blogs, creating tutorials so that more people can adapt to React seamlessly. They are also making sure that there are opportunities for Q&As so that doubts can be cleared.

Today a React Js service is one of the most sought-after services. A lot of huge companies like Tencent QQ, Walmart, Tesla and AirBnb have made their apps using React Js.

10 Tips for Starting Your First Business in the UK

How Companies Use AI To Improve Brand Management

A Guide on Residential Property Tax in the UK