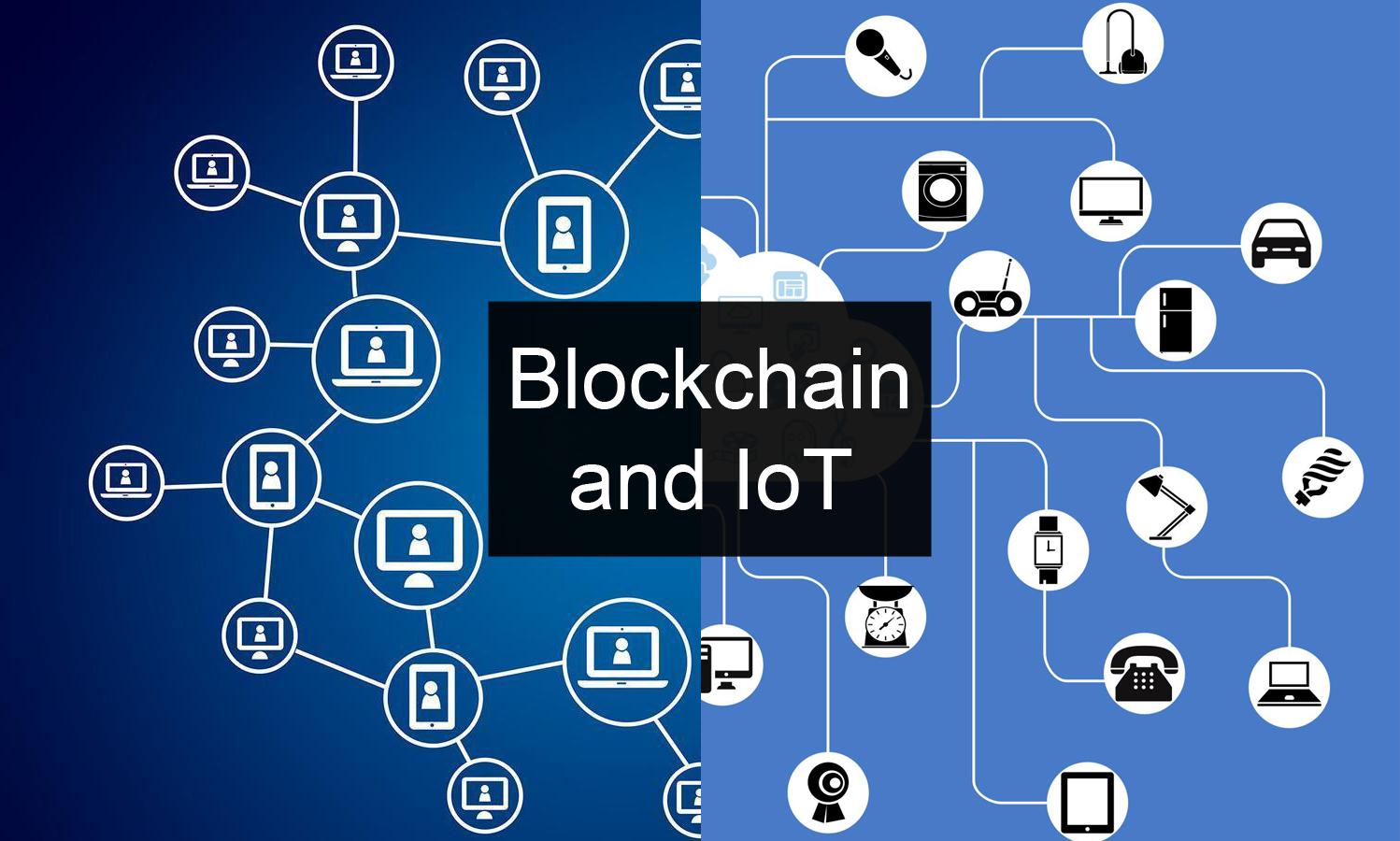 The Internet of Things (IoT) technology has very well made a prominent position in the business ecosystem.

All through the way of offering inter-connected products, services, people, and places, IoT helps to collect a large chunk of data and behavioural insights.

Each IoT-enabled device transmits the collected information to the IoT network, helping enterprises to convert insights into action, make profit-driven decisions, and leading to new ways of working.

There is no doubt in the fact that the Internet of Things (IoT) is doing commendable work allowing enterprises to streamline information collection by connecting a wide scale of devices.

In the midst of such a revolution, there lie security few loopholes that remain unaddressed.

So, here, our focus will be on possible security obstacles of interconnected IoT technology. And, how integration with Blockchain technology curbs the issue and ensure scalability challenges.

In this blog, we will have major touchpoints towards the below-mentioned factors:

* Possible security issues with the Internet of Things

* How Blockchain is the best solution?

* What is Blockchain technology?

So, let’s get started on this.

When it comes to large scale deployment of IoT technology, it comes across several security issues.

It is a relevant fact that the Internet of Things is vulnerable to security issues that become an easy target for Distributed Denial of Service (DDoS) attacks. It is a type of cyber attack in which multiple compromised computer systems bombard a target such as a central server with a huge volume of simultaneous data requests. It leads to cause a denial of service to the targetted users. In recent years, there have been many DDoS attacks have happened causing major disruption for organizations.

Another security hindrance to come across the Internet of Things is that of scalability. There lies the limitancy to scale up IoT-enabled device with having an issue of current centralised system to authenticate, connect, and authorize different nodes in a network. To make it happen, you need to make a huge set of investment into servers that will handle a huge set of information supplied by IoT devices.

The above-mentioned security and scalability issues of IoT can only be handled by integrating the virtues of Blockchain technology.

So, let’s move on to the next section to better understand the same.

Blockchain Technology, which is also known as Distributed Ledger Technology (DLT), has the potential to meet several security and scalability challenges of the Internet of Things (IoT).

When combines with IoT technology, Blockchain helps make a machine to machine transactions possible and secure. All the information transactions are recorded and verified by multiple resources under the realm of Blockchain. And, further entered inside a common ledger distributed across every single node.

Furthermore, the information collected via IoT devices and effectively stored in Blockchain can be shared by a community of users. Selected members can maintain their copy of the information and validate any new transactions collectively through a consensus process.

The term, “Blockchain”, which is commonly synonymous with Bitcoin has an extendible potential.

Blockchain is a large set of database that records a huge chunk of business information and provides easy access to respective enterprises. It is a database system that cannot be hacked or compromised, resulting in the safe storage of crucial information.

There are different databases, better known as blocks inside Blockchain that stores a wide range of information. Different blocks containing different information can be chained together to make a combination. Each transaction that is recorded in the block is bind together and kept safe under the Distributed Ledger Technology (DLT)

How Does Blockchain Help to Solve IoT Security Issues?

Here, you will get to understand how Blockchain helps IoT deals with several security issues.

In general, the Internet of Things network processes large scale information transactions across multiple set of devices and administrated by different organizations. This makes it difficult for the technology to pinpoint any kind of data leakage or even attack of cybercriminals.

It is here comes the role of Blockchain technology that can alleviate the security issues of IoT in the following few ways.

* The distributed ledger of the Blockchain technology is tamper-proof and prevents enterprises to rely on third parties for data protection.

* Integrating IoT with Blockchain is like adding another layer of security. It prevents hackers to bypass the secured ecosystem to get access to the network. Blockchain offers an upscale level of encryption benefit to IoT network that makes virtually impossible to overwrite the existing information records.

* Blockchain offers the flexibility to particular stakeholders to get authorized access to the network and track past transactions.

* With the help of Blockchain, millions of devices can be coordinated among one another. The distributed ledger technology paves the way for the seamless processing of data across different devices and channels.

Key Benefits of Integrating Blockchain with the Internet of Things

The integration of Blockchain with the Internet of Things (IoT) has opened new doors of possibilities to:

* Add an extra layer of security

The coupling of both technologies provides a further scale of benefits that are as follows:

* Enhanced Security: Blockchain technology can add an extra layer of security to the IoT network by allowing verification of all data transactions. It ensures cross-checking the trusted party from where the information is coming from and enabling encryption while data is transmitted and stored. The technology also prevents any single point of failure and quickly identify the weak link in the data ecosystem.

* Cost Reduction: Once you automate the settings of data validation, verification, and the entire ecosystem, from that moment onwards, you started to reduce the overall operational cost.

Some of the Common Used Cases of IoT & Blockchain Technologies Combined

To better understand the seamless amalgamation of Blockchain with IoT. Let’s take a good look at a few of the used cases below.

The combination of Blockchain and IoT works well for the supply chain and quality assurance. The integration of technologies helps to ensure the quality of products to decide whether to accept or reject. For example, perishable goods like wine or rare foods, need to be maintained at varying temperature and exposure to light. Blockchain & IoT together capture the location and temperate data collected to see, whether the stock of goods history passes through the supply chain and quality assurance model.

There are IoT sensors placed inside the trucks and fleets to know the whereabouts, see returns, and manage the movements. It is important to support meaningful bill practices.

Now, all information related to the fleet will store inside the Blockchain Distributed Ledger. It supports the single version of the truth across all participants. The successful integration of technologies helps to manage the fleets data and leasing companies can verify the same from the distributed ledger itself. All of this helps the leasing companies to better manage the movement of trucks in real-time, cut maximum operational cost, and increase revenue.

Even at the oil fields, you can use IoT sensors on the oil and water wells that help companies to monitor the performance of hauling companies pick up, delivery of oil, and water well movements. It captures the data of the fleet across various destinations to eliminate any kind of fraud. Furthermore, IoT sensors in the oil wells schedule the truck pickups, monitor the amount of material picked up and safely store all the data in the Blockchain Distributed Ledger system.

This integration of IoT and Blockchain ultimately helps oil companies to skillfully operate pick-ups, delivery operations, and save money to an optimum extent.

It’s high time that companies should start considering the incredible combination of the Internet of Things with Blockchain technology. Blockchain has the scalability ability to handle a large amount of data supplied by IoT devices, regulatory and ensure data privacy issues as an important element for an organization. The favorable integration proves the fact that infrastructure is secure, efficiently working, and resilient in nature.

If you want to know more about IoT and Blockchain integration and avail services, then get in touch with OrangeMantra. It is a leading business transformation solutions provider company that offers profit-driven Blockchain and IoT solutions as well.

Key Points Why A Company Needs An Office Renovation

5 Reasons Why Software Remote Proctor Is Essential For Business?

Employee Gifting: Why and How to Implement It?