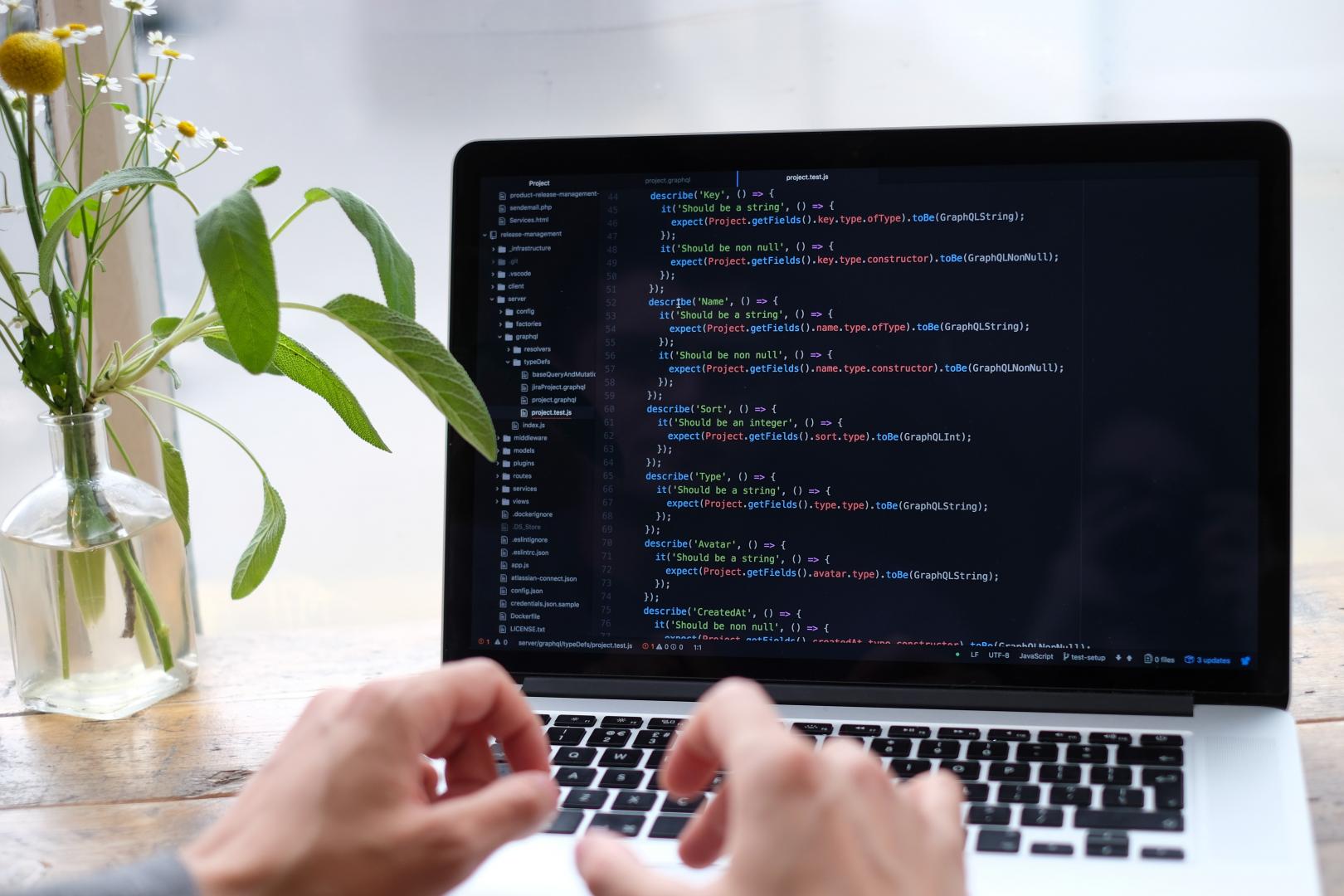 Karthik Sakthivel is the CTO of Pyramidion Solutions. He holds impeccable knowledge about emerging technologies and is adept at the same. With expertise in nailing down the right approach and framework to be used for application development, Karthik has helped a wide range of businesses achieve their business goals.

Flutter is an open-source framework developed by Google to build efficient cross-platform applications. Even though it is a new entrant, the fascinating features, tolls, and benefits of flutter app development have paved the way for its quick catch in the market. A lot of businesses are opting for developing their business applications by using the Flutter framework since the early adoption of this extensive framework will be a good start.

Google majorly introduced Flutter for developing visually appealing cross-platform applications that serve as a treat to the app users. Since Flutter supports native compilation, spotting any vulnerabilities with the code becomes simpler. Some of the big brands making use of Flutter to create impressive business applications are as follows,

Language and Tools in Flutter

Dart is the programming language used in Flutter. It is simple, client-optimized, and used for writing code to develop proficient cross-platform apps on Flutter. The syntax and code structures used in Dart are similar to the ones used in Java. It makes use of standard platform toolchains to develop platform-specific mobile applications. All these aspects make Dart an excellent go-to option for building convenient-to-use and highly performant business applications.

Flutter takes advantage of off-the-shelf widgets to make applications more attractive and captivating with a native-app-like interface. As a matter of fact, many mobile app development companies are providing flutter app development services to reap the top-notch UI benefits of Flutter. Even for Flutter beginners, the learning process will be short, and gained knowledge will be huge with Flutter app development.

The default toolchain in Flutter comprises a plugin manager that is used to manage in-built and third-party plugins. The pub.dev repository gives access to a huge library of available plugins. Not just using available plugins, Flutter also supports the effortless development of customized plugins with the help of native platform capabilities and easy accessibility.

Flutter has made rapid progress with its amazing features. The benefits of Flutter app development have helped businesses to taste success within a shorter period which has led to many startups, small-scale, and large-scale businesses adopting Flutter for developing an engaging and fully-featured application.

Every Flutter app development company in the market has raised its standards of app development by leveraging the best-in-class usability and simplicity of using Flutter. Irrespective of the operating system, the design of the app to be developed using the Flutter framework remains the same and the development also seems simplified, profitable, and faster.

Thus, Flutter has emerged as one of the promising trends and it is definitely here to stay for the long run. Thousands of Flutter applications have found their successful way to the app store and are doing quite well. The most popular among them is the Alibaba application which is flourishing with over 50 million active users.

All the notable factors of Flutter have made it a challenging competitor to React Native and other native app development frameworks.

Flutter allows app developers to develop beautiful and responsive cross-platform applications. The benefits obtained through using Flutter are enormous and it is difficult to limit it to just “top 3”. However, the below-mentioned are some of the most common benefits of Flutter app development that has helped in powering up a wide range of businesses.

Flutter supports faster, easier, and dynamic mobile app development. The code changes get reflected immediately and the changes made can be viewed instantly. Fixing errors or bugs, adding features, experimenting with code, and everything else related to app development becomes simpler with Flutter.

The “Hot Reload” feature makes development very comfortable for developers since it reflects modified changes in milliseconds. The developer can view the changes at a stroke without any delay and do the required modifications. The bottom line is that using Flutter the whole project team can efficiently work by developing the application at a real fast pace by making quick modifications and getting outcomes immediately.

In the case of native app development, for every minute change, the whole code has to be rebuilt and compiled to view the changes. This makes the process tedious and extends the development time. All these anomalies are completely eliminated with Flutter usage offering swift development and instant reloading.

Flutter makes use of the internal graphics engine “Skia”. This graphics engine is the one used in Mozilla Firefox, Sublime, and Google Chrome. This swift and well-optimized engine makes Flutter stand unique among the other existing frameworks and offers immensely impressive UI elements.

Every UI element coded or added using Flutter is easily drawn by the application. The design system in Apple and Android is amazingly recreated in Flutter and used to develop an efficient front-end for the application. Flutter shines with the fact that it can make use of the in-built UI components as well as build its own customized elements relative to the app to be built.

For highly advanced and custom UI elements and designs, Flutter serves as a relatively straightforward and seamless framework to work with.

Most of the businesses tend to back off with the idea of building a cross-platform application since it will be deprived of native features. Because native mobile app features such as GPS, feedback field, camera usage are all basic and all-time trending features expected by every user in every application. This won’t be a problem in Flutter since it supports building mobile applications incorporating all these happening feature sets.

Let us say you wish to set up Android or iOS code in Kotlin/Java/Swift/Objective C. All you have to do is to send the data related to it to the primary coding language of Flutter which is Dart. This is made possible by using a unique mechanism known as platform channels.

The Flutter community has developed code for every native functionality that an application thrives to have and there is no need for writing them from scratch. Many available platform channels await users who desire to make use of the exemplary native libraries. Once this feature becomes widely familiar, it can save lots of time and do wonders in app development.

Other Exclusive Advantages That Can be Leveraged From Flutter App Development

As discussed before, Flutter comes with a heap of advantages. That is why it quickly became popular among the masses. Here is an extension of the advantages offered by Flutter app development for your business.

Setting up Flutter with installation and working environment is such a simple process. The developers can easily adapt to the usage of Flutter since it is easy to understand and can be learned expeditiously.

In terms of app performance, Flutter is an emerging winner. With active development tools and optimized performance, it is evident that the rendering performance of Flutter is better than the native frameworks. The workloads are equally split and memory consumption is hugely reduced.

The functioning of Flutter is faster than all its alternatives. Flutter requires two times decreased working hours for developing an application compared to developing the same application for different platforms separately. With declarative API, rapid development, and enhanced development tools, Flutter app development becomes a cakewalk for developers thereby reducing the time-to-market.

Flutter is born out of Google and hence all innovative features in it are inherited in Flutter. For instance, apps built using Flitter seem to be search engine optimized and completely secure. These are characteristics adopted from Google itself.

By all means, Flutter is worth it for your app development and business upscaling. Applications built using Flutter are doing great in the app market which is living proof for the success of the Flutter framework. The benefits of flutter app development are far surpassing minor cons concerning it. From the above information, now you are aware of how much better it is to choose Flutter over other cross-platform frameworks or native frameworks. It aids you in developing your application at a fast pace, reduces time-to-market, lowers development costs, requires only a small team, and is also capable of validating Minimum Viable Products quicker than you think.

The online world of แทงบอล

How To Translate a Birth Certificate?

Pros And Cons Of Downsizing Your Home

Tips on Creating Team Bonds for Your Startup Business

5 Movies Every Medical Student Should See