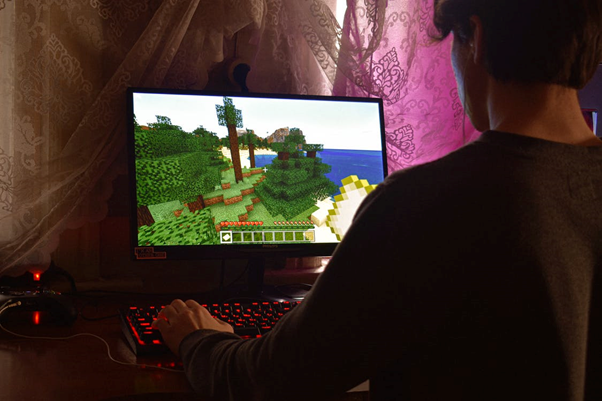 Video games are an essential part of our digital lives. They are not just a hobby but a source of income for countless individuals on the globe. While a large audience loves to indulge in action-based games and twitchy graphics, games’ strategic genre has suddenly gained unprecedented popularity in the last couple of years.

The pace of action-focused games leads to an adrenaline rush that is good for an hour or two per day, but the joy of squashing an enemy species with the power of your brain is too exhilarating to be ignored. Perhaps that’s why the strategic games have won over a larger market share.

One must take a moment to understand that strategic games should not be confused with tactic games. Those based on strategy involve the management of each aspect of the game. It requires resource collection, allocation, operation, and a plan of execution for the battles and the troops. The games that are specifically centered around the combat elements and battlefield alone are those based on tactics.

Charged at $14, the Battlestar Galactica has thrilled sci-fi nerds for decades. From the original series’s launch in 1978 to its reboot almost two decades ago, there is no doubt that it is a classic game of mind and strategy.

The Deadlock by Black Lab-Games has set a new ground that takes the player directly to the Cyclon War. It eradicates the impact of the other series. The game puts the player in control of the complete colonial fleet. Even with the disposition of the forces, the game has a few unbalanced elements that need a little rejuvenation. However, one can assume that Deadlock is the perfect match for those looking for intriguing lore and battles in space.

Halo Wars 2 is a slightly expensive game that costs $37 on Amazon. Among the Xbox Game Studios creations, Halo Wars 2 is a real-time strategy game that follows the rock-paper-scissors format. The combat, armies, and battle bases revolve around alien forces, but the interface is so engaging that the player is left smitten.

Getting familiar with the resource production and the entire process of building the perfect troops is critical to the success of the game. From capturing the foes to defending your lines, the simple accessibility of the game is an ideal choice for Blitz players from the online sports category.

If the grand strategy is your cup of tea, then Crusader King III might ring a bell for you. Like the medieval storyline of Game of Thrones, the dynasty-spanning, centrally-narrative game about a successor is very different from the previous versions. The game has undergone a complete revolution to eradicate the byzantine influences from the story to help new players enjoy it as a stand-alone game.

Crusader King is not the traditional map-painter strategy game as it involves comprehensive systems for war and victory. The game is based on a strong and highly personalized narrative that helps players get immersed in it. Each character in the game has its own story, motifs, and motivation that impacts the game.

There is wealth, politics, and religion involved in the storyline that builds a cinematic experience for you.  The game is currently free and is an ideal choice for your lazy Sunday. If you don’t have anything better to do, you can even lookup money making apps when you take a break from the Crusader King Universe.

4. StarCraft II: Legacy of the Void

Rated with five stars and charged at a nominal $17 on Amazon, the StarCraft fantasy’s final extension is an excellent conclusion to this strategic game. Whether you are just entering the StarCraft world or are a seasoned strategist, the Legacy of the Void is a source of satisfaction for every crafty brain out there!

This game does not force the player to purchase the previous versions of StarCraft to enjoy the standalone’s complexities. The ethereal cinematics and player-friendly interface make this game an ideal choice for newbies of the best PC games of all time.

If you are not into PC gaming and would like a similar but short and sweet version of battleships and strategy, then Unlimited Gamez Mo-friendly interface is a good start for everyone. Equipped with games like Four in Row, Jelly Slice, and Space Miner, it is a good option for a mental workout. After all, exercise is essential for the brain, and it does not differentiate between a PC or a phone. So there’s no harm in trying either of them! Minecraft Parkour Servers.

Starting with $13 on Amazon, Supreme Commander 2 is a commando-style game for those who seek immediate gratification. Inspired by Supreme Commander (2007), the sequel follows a similar plot and direction. It is cleared of all elements that were previously tagged as micromanagement.

The latest version of the game has a broader scope for newcomers and a real-time strategy game that is an excellent match for gamers, like some gameplay changes.

Humankind is one of the latest creations for Amplitude Studios. Published by Sega this month, it is a competitive game of strategy and patience. The Civilization style of video games allows players to create avatars from the Neolithic era. From then begins a journey to modern humanity.

It is a culturally inclusive game that offers up to fifty variations of existent cultures as a background for the society of choice. It is safe to state that Humankind is the game for nerds and history dorks. It is like an interactive lesson in anthropology. The game’s launch was deferred last year, but we have high hopes for 2021. Let’s see how it will go!

Video games have definitely evolved from the historic 8-bit Gameboys to the supremely illustrative games like Crusader King. The childlike joy of solving a mystery should not be defied for a few extra hours of work.

Strategic games are an excellent method for unwinding and relaxing as they allow you to focus on the present. And to us, that is precisely how you can live by the Latin saying: Carpe diem!

Audrey Throne has an ongoing affair with the words that capture readers’ attention. Her passion for writing dates back to her pre-blogging days. She loves to share her thoughts related to business, technology, health and fashion.

Digital Investments Across All of the Efficiency Metrics