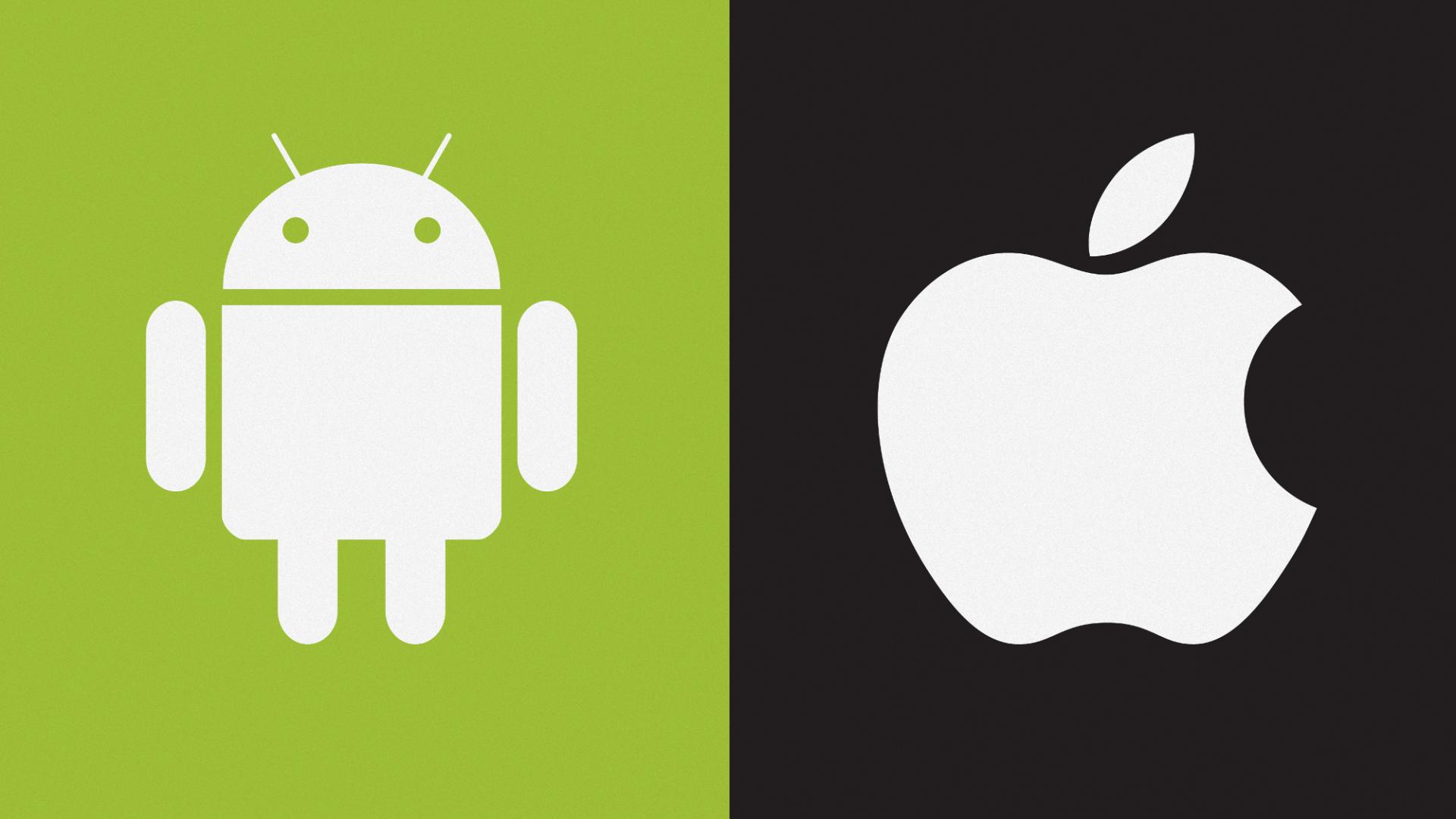 Due to the rising popularity of smartphones and tablets, mobile application development has emerged as one of the steadily evolving fields in software creation. Today, mobile apps are considered to be the most convenient way to access information, products, and services than traditional websites. According to research, people spend about 90% of their total mobile time on mobile apps. Moreover, due to the outbreak of the global COVID-19 pandemic, many businesses were compelled to move online completely. Industries like telehealth, education, and more have also shown an extreme need for robust mobile apps to ensure business continuity during the pandemic. The increasing demand for fast and convenient mobile apps is the reason why many businesses are opting for mobile app development services. When it comes to mobile app development, there is often a debate around which mobile platform is the best for app development – Android vs iOS? Well, your decision to invest in an iOS or Android app development company ultimately depends on your business requirements, goals, time, and budget.

Both iOS and Android account for 97% of the global market share. The best approach to mobile application development is to develop and launch apps for both mobile platforms. However, that’s not a practical way always because of various constraints like resources, budget, and time. So, which mobile platform should you build your app for first? This article compares Android vs iOS based on certain factors to help you decide whether you should hire Android app developers or iOS app developers for your project. So, let’s begin!

Android vs iOS Comparison Based on Key Factors

The number of smartphones that support iOS, Android, or any other mobile platform reflects how many potential users your mobile app can acquire. Of course, those numbers are only theory; however, they still matter for your app’s success.

According to StatCounter, Android has 72.72% while iOS has 26.47% of the global mobile operating system market share as of May 2021.

So, if you hire Android app developers first for your project, you can acquire more potential users instead of developing an iOS app.

Demographics tell a lot about users across iOS and Android platforms. Android has undoubtedly the most significant mobile platform market share worldwide which comes from the developing nations and low-income regions.

iOS users are more affluent and younger with a higher educational qualification, greater engagement, and higher income. Thus, they tend to spend more on apps.

Android uses Java while iOS relies on Swift, Apple’s native coding language. Swift seems to be more convenient and customized according to the needs of professional iOS app developers. This ensures a faster app development process which reduces the development cost.

As iOS is a closed platform, it requires more standardization for the feature-rich application to ensure smooth and optimal functioning of the mobile app across various devices it has been built for. The offered information saves a lot of time during the app development process and significantly reduces the future costs of app testing and bug fixes.

Both Android and iOS come with their own simulators for testing the applications. However, there are certain differences between both of them. Test Flight is an iOS app testing environment that is faster than Android Emulator. However, the Android Emulator virtual machine has more realistic representations and is more effective.

Android users often continue using older versions of the OS. Currently, about 50% of all Android devices are running on older Android versions, which lead to more app crashes and unforeseen bugs. This problem is less encountered by iPhone users, and hence the maintenance cost of iOS apps is usually cheaper than Android apps.

Both iOS and Android regularly release new OS updates every year. It’s worth noting that updating iOS applications for the latest OS versions may take a couple of weeks and influence your app’s roadmap and business strategy. In the case of Android applications, the new app release can take several hours.

You can hire Android app developers or iOS app developers who can assist you in updating and publishing your mobile app on Google Play Store or Apple App Store.

This is another factor that you need to consider when choosing between an iOS and Android app development company for your project. You need to see which platform can provide you with the majority of the audience when comparing between Android vs iOS. The percentage of ad-supported apps is higher in Android while iOS depends primarily on purchases. Although iOS requires paying for the application, they still make more money with that model.

If you want to monetize your mobile app without any advertisements, through freemium models, subscriptions, or in-app purchases, then iOS app development can be your best bet. The same is applicable for m-commerce apps as well.

However, revenue generated from Android mobile apps is also growing exponentially. Even though Apple is anticipated to be the leading App Store, Google Play Store along with other third-party Android app stores are expected to defeat the Apple App Store in terms of revenue generation.

One of the most significant differences between iOS vs Android is that Android is more open than iOS because of its open-source nature. Android app developers enjoy access to the hardware, features, file systems, and many more that are limited in iOS. Android OS is the best platform when talking about customization.

However, due to Apple’s closed-off approach, iOS is considered to be a more secure system. Android mobile apps are more vulnerable to damages and cyber attacks.

iOS application development can be more lucrative if you’re targeting users residing in North America, Western Europe, or Australia. Moreover, the market share of iOS is more than Android in the U.S., U.K, and Japan.

Android witnesses more global market coverage than iOS. It is preferred by users in Africa, Latin America, and some regions of Europe. The market share of Android overtakes iOS by a greater margin in China, India, Germany, Brazil, and Nigeria.

In the iOS vs Android app development comparison, Android seems to be a more accessible mobile platform. Although the Android app review process takes a little more time as compared to a few years ago, Google Play Store still approves the majority of the submitted Android apps. If you abide by all the company’s policy rules and guidelines, your mobile app is more likely to get published on the Play Store.

The Apple App Store has more stringent guidelines for approving apps on the store. The app review process generally takes two days for the majority of iOS apps, however, there are higher chances of app rejections with Apple.

Also, Google charges an amount of $25 initially to start placing your app on the Play Store, while Apple’s App Store requires you to pay $99 yearly.

Which Mobile Platform to Pick First – iOS or Android?

When deciding between iOS vs Android, consider the pros and cons of both mobile platforms. You also need to evaluate your business idea, budget, resources, time to market, and the aforementioned factors before you approach an iOS or Android app development company.

No matter which mobile platform you choose, you can always build a second version of your app for the other platform in the future. This will help you gain more users on both platforms who wish to download and use your app.

James Walker is Professional Android App Developer at a leading Android app development company in India. He is a passionate Android developer with over 10+ years of experience in the industry. He is also an ardent blogger who loves writing on tech topics and enjoys experimenting with different techniques and approaches in Android app development.

How can crypto make the most for small businesses?

How Are Trends In Technology Improving Your Well Being?

5 Reasons Why Software Remote Proctor Is Essential For Business?

Why Do People Consider Searching for Homes for Sale Rather Than Buying A New...

Top 7 Mistakes to Avoid When Hiring an App Development Company

India must see Cryptos as a potential threat to National security