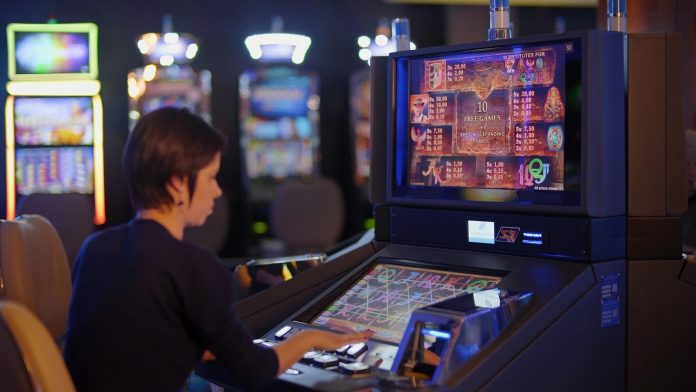 You probably grew up playing arcade video games if you grew up in the 1980s. Pac-Man and Space Invaders are likely to bring back wonderful memories of frantic hours spent attempting to beat your favorite game and scrounging for quarters so you could play a bit longer.

Arcade games are coin-operated video games that can be found in public places such as malls, food outlets, and amusement arcades. Video games, slot machines, and electromechanical games are the most common types of arcade games. The golden age of arcade games was from the late 1970s to the early 1980s. Even in the early 1990s, they had a fair amount of popularity. However, as controller and PC games became more popular, this platform’s popularity began to fade.

Even though arcade activities such as arcade game cards are associated with many adults’ childhood memories, they are not limited to children. Arcade games for adults, in reality, provide the same thrilling excitement as they did when you were a kid.

What Are Arcade Games and Arcade Card Gaming?

It is a coin-based machine that only plays one item. Arcade games also referred to video games with characteristics comparable to those that were played on those machines. Arcade gaming covers a wide range of genres. Its beginnings, rise, and fall are all fascinating. Its economic importance, brief resurrection, infusion into modern pop culture, and what the future holds for it are all things we should be excited about.

Consider these reasons for continuing to play arcade games as an adult before you dismiss those good recollections. Then go to your local FECs or amusement parks to play those nostalgic vintage games you remember, as well as the newer games that are available to keep players challenged and fascinated today.

It Nudges Your Inner Child

You may have matured, but your inner child has not. That’s great news. That inner child allows you to have fun, appreciate the simple things in life, and let loose sometimes. Unfortunately, the obligations and strains of adult life muffle that inner kid quite a bit.

If you feel like you’ve lost touch with your younger self, visit a video game arcade. Nothing like a couple of hours of video game fun to bring back all of the memories and thrill of your childhood arcade visits.

You don’t even have to pick up your old childhood games to feel like a kid again. Any arcade game will make you want to unwind, open up, and enjoy life once more. Choose your favorite, relax, and see if you can’t get back into the swing of things like you did when you were younger.

It Strengthens Your Coordination

Arcade games may have a reputation for being a fun way to kill time. However, the reality is that all of the motion connected with video games actually teaches you something. Even if you’re not a surgeon, we’re ready to wager that hand-eye coordination comes in handy in your daily life.

If that’s the case, go to the video game arcade. Adult arcade games, it appears, can assist you in becoming more accurate and successful with your hands. Nobody can accuse you of spending time at the arcade anymore.

Arcade games are quite entertaining. If you haven’t had a good time in the arcade yet, you haven’t tried the proper game. When you locate the ideal game for you, you have a fantastic excuse to unwind and have fun for a few hours.

You receive the pleasure of overcoming a difficulty, the pleasure of watching your score rise, the awesomeness of learning a new ability, and the delight of being calm. Enjoy yourself. Even as an adult, embrace the arcade.

Life is difficult. Sometimes you just want to do something completely different. Try adult arcade games when you need some simplicity in your life. There is such a wide range of games to choose from that practically everybody can find something they enjoy. However, there is one thing that all of these games have in common: it doesn’t take long to get the hang of them.

The rules are almost always simple, regardless of which game you play. The learning curve is reasonable. After just a few minutes of playing the game, even beginners can start scoring points and feeling confident.

This is not to say that these games are simple to win. Anyone who has ever played an arcade game understands how difficult it can be to succeed. It means that virtually anyone can play the game and enjoy it. When you want to spend time resting away from the stresses of adulthood, that kind of simplicity is just what you need.

It Gives A Sense Of Nostalgia

Those hours spent playing video games in the arcade were well spent. You may relive those hours by playing adult arcade games. You appreciate an activity that transports you back to your childhood when you play video games. That nostalgic feeling might be just as enjoyable as your game.

Arcade games and arcade game cards are a great way to unwind. They let you connect with your inner child, improve coordination, and are enjoyable, simple to play, and nostalgic. What’s not to like about going back to the arcade?

If you want to take advantage of all the perks of a video game arcade, find something where you can play a wide range of games. It should have a range from classics to new releases, which are aimed at both adults and children.

Hi there. This is Charlotte. I’ve been great at playing sports including arcade games and arcade game cards since I was a kid. I love cooking healthy foods like leafy salads. My four-year-old kid, Ferddie, loves to hear my bedtime tales about dragons and dinosaurs.

Why Should You Chose skip hire Sydney

How to Create an App from Scratch

Why Discount Programs are Important for Businesses and the Buyers?