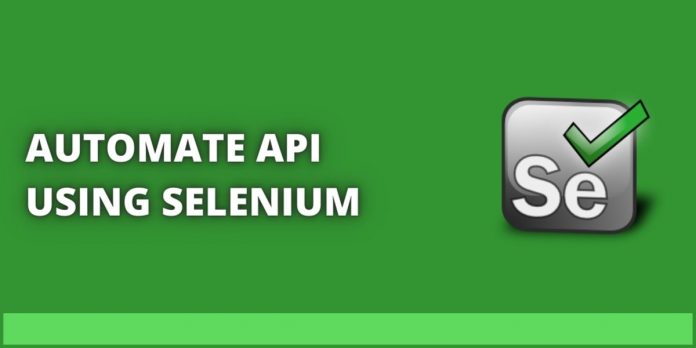 Why is API  important?

We use APIs every day, but we know very little about them. That’s the point. An Application Programming Interface (API) is a protocol or set of rules that support communication between two applications. So what’s going on behind the scenes when checking the weather is that the app requests an API that has already been released and returns the requested data in the same format as that API. The application then retrieves this data and presents it on a nice tray (display).

Automating APIs significantly saves time, resources, and money for consumers and producers. Engineers can perform thousands of automated tests per second. A user or client can perform complex operations that call many API endpoints. Moreover, you can run it on the machine whenever you need. On the other hand, you have to spend hundreds of hours on manual testing of API endpoints. You can automate API calls.

Here is a list of APIs that you can use to test and automate your API.

How can we automate API

Postman is one of the easiest and most user-friendly tools for testing REST APIs. Postman is an API development environment used by over 7 million developers today. Postman lets you design, simulate, debug, test automation, document, monitor, and publish APIs simultaneously. This article details API test automation with Postman. If you’re working on an application that exchanges data through an API, testing the API for correct logic, data, performance, or security is usually the most time-consuming procedure. This is an important step, and just as important, API testing reduces the number of flaws that can be discovered when testing the actual functionality of your application.

Things to consider while Automating API

Validation testing is done at the final stage and plays an important role in the development process. We validate all aspects of our products, our operations and their effectiveness. In other words, verification testing can be considered valuable development assurance.

Include specific functionality in your test code base. These functions represent specific scenarios that ensure that API functions are properly managed in plan settings.

UI testing is defined as UI testing of APIs and other components. UI testing focuses on API-related interfaces rather than API testing itself. UI testing is not specific testing of an API from a code-based perspective, but this technique provides an overview of status, usability, and performance. the efficiency of an application’s front-end and back-end.

Load testing is usually done after a specific unit or the entire code base has finished. This technique ensures that the theoretical solution works as expected. Load tests monitor your application’s performance under normal and peak conditions.

This type of testing concerns the actual operation of the API, in particular the general results of using the API codebase. This technique focuses on monitoring, runtime errors, resource leaks, or error detection.

Penetration testing is considered the second test in the audit process. In this type, users with limited API knowledge want to assess the threat vector from an external perspective: a function, resource, process, or the entire API and its components.

Kamal Singh is marketing expert, technical writer, tech-lover, & author of this blog. He is working in Devstringx Technologies, offer the best web application testing services. He love to keep himself updated from the latest trend and technologies. He share his  knowledge & experience through his blogs.

What do we usually mean by Devops automation?

Name Matching Software: Tips for Improving the Conversion Rate of Your Sales Data

Why Every Business Needs Translation Services?

7 Questions about Healthcare Integration in the 2021

Virtual Private Network — The Protector for Your Personal Privacy

Empower your employees with cybersecurity education