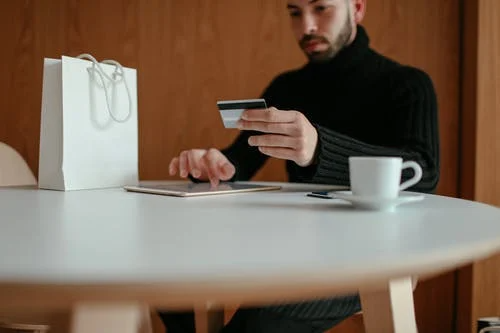 Buy Now Pay Later (BNPL) apps offer a highly flexible installment payment service, in which the customer can buy something without paying the full value of it upfront. The remaining amount is paid by the customer in interest-free installment over a specified period.

Such types of apps have gained huge popularity as it allows the customers to buy a wide range of retail products and many professional services. A market survey conducted by Ascent; a leading market research agency, has found that in 2021 the number of Americans who have used the Buy Now Pay Later service is around 56% which is a massive growth of 48% over the 2020 figure (it was 37.65% then).

The huge growth of such apps is due to the advantages it provides both to the merchant as well as to the customers.

There are numerous Buy Now Pay Later apps available in the market among these some have gained exceptional popularity which includes the following:

The Buy Now Pays Later app coordinates with retailers and merchants from where the customers are buying goods or services. Most of the businesses that offer their services to these apps do not charge any interest as long as the customer is making their scheduled payment on time.

However, if the customer misses a payment, then he/she would be charged interest along with a late fee. These apps get a fee from the business for processing every transaction (it is very similar to how a credit card transaction works). It is advantageous for both the customer as well as the business.

The customer can get the product he/she wants without paying the full amount and the business makes a sale, which may not have otherwise happened. And the app through which this transaction takes place gets a fee for handling the finances. In this way, it is a win-win solution all-around.

How do these apps make money?

The Buy Now Pays Later apps can make money in multiple ways which are discussed below.

1) Whenever a user of a Buy Now Pay Later (BNPL) app buys something through the app, then the merchant of the retail store from where the purchase is made would pay the app a charge. This charge can range from 2% to 8% of the cost of the product purchased.

2) Certain BNPL companies, like the issuers of credit cards, pay the vendor in full for any goods they have sold and subsequently recover the money from the customers. In this case for the merchant, BNPL acts like an alternate payment method to which they have to pay a transaction fee.

3) The BNPL providers offer their services like an advertisement/marketing spend as it allows the seller to increase traffic to their website and conversion.

Some BNPL apps like Affirm charge their app users interest that can vary from 10% to 30% on the loan amount. The rate of interest varies based on the customer credit as well as the repayment duration. However, there are many other BNPL apps like the Split which do not charge any interest rate if you pay your schedule installment in time. However, if you are not able to make a scheduled payment, then interest would be charged along with a penalty.

BNPL apps also charge late fees if you default on your repayment schedule and this fee form a substantial part of the revenue inflow of many such apps. This is the most common way to monetize app. However, apps like Affirm that already charge interest for the loan amount do not charge any late fees from their customers.

The Buy Now, Pay Later concept is quite old, but the recent phenomenon of providing this service through apps has made it more accessible to people. Nowadays, it is offering services that are very similar to short-term loans with the additional incentive of flexible repayment options. The merchant indeed has to pay a percentage of the cost of the purchase (it could vary in a range of 2%-8%), but it also offers them the opportunity to sell their products to those customers who otherwise might not have bought them.

HOW TO RESTORE BACKUP (.BKF) FILES

5G Technology – Meaning and its Traits

Why is NFT a revolution for the future generations?

Why is it Integral to Include Hand Washing in Kids’ Daily Routine?

Tips on Creating Team Bonds for Your Startup Business

What do we usually mean by Devops automation?