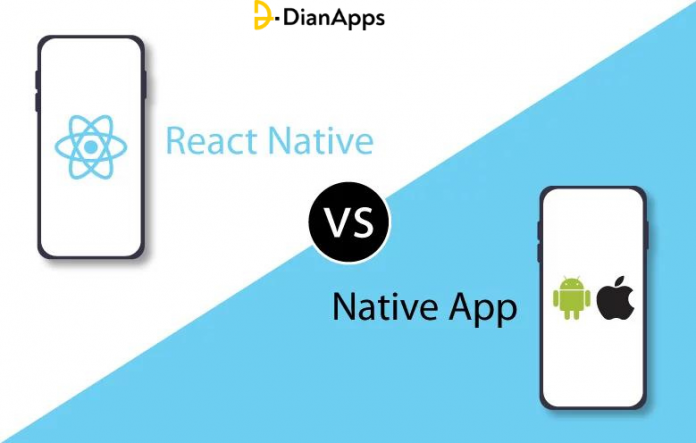 React Native vs Native has been on a continuous fence since the time of their aggressive release. Although Native’s existence was far before react native app development services, there’s a slight tilt towards React Native due to its new updates, faster Android and iOS platform development, and best-in-class Javascript library for building enticing user interfaces.

While the use of Native app development hasn’t gone completely, a few still find it convenient to use the technology in app development, while others have completely shifted their focus towards the ample opportunities the cross-platform framework, React Native is offering.

In the midst of this, if you consider yourself in a crisis of which mobile app development frameworks suits the best for your business, this article is going to be a good read for you.

Here, we will talk about React Native vs Native for app development and help you pick the best as matches your expectations and gives lasting ROI to your business.

What is React Native App Development?

The technology is open-source therefore any developer can go to the react-native.dev platform and get the code from the vast pool of developers’ community for a simpler and better user experience. With so much under the umbrella of React Native, it is becoming the go-to framework for cross-platform app development over established tools like Phone Gap or Cordova.

What is Native App Development?

Native mobile app development is a technology that is used to build on a particular device or platform. For instance, iPhone uses Swift or Objective C for development whereas, for Android app development, it uses Java or Kotlin as its programming language.

There, when Objective C, Swift, Java, and Kotlin are mixed with their corresponding devices, they are deemed native languages. However, there are multiple ways of leveling native app development, namely hybrid app development or cross-platform development.

That being said, many app developers find convenience in using the Native framework as it is the only way to develop mobile applications, as it offers extensive benefits over hybrid apps.

If you are a tech company with the bandwidth of resources and time to build an app that runs on multiple platforms such as Android, iOS, & Windows, choosing Native app development services is the best option for the business.

React Native vs Native: Key Aspects to Consider When Deciding for App Development

Below we have jotted down a few critical aspects that will help in making the right decision between React Native vs Native mobile app development:-

How to determine the cost of your mobile application? By identifying which tech stack will be implemented into your business project. Not just that, the cost of hiring a React Native developer, features, customization, etc, all affect the development procedure.

So,  if you are budget constrained, we suggest you go with React Native technology.

Another vital factor to consider while deciding on app development is knowing which platform can give a great UI/UX experience.

React Native, as we all understand allows its participants to reuse the code and write platform-specific code individually which might create a challenging user infrastructure such as navigation patterns, custom views, motion, transitions, etc. Therefore, if you are choosing React Native, your UI/UX standard for both Android & iOS devices might be compromised.

On the other hand, Native application development as mentioned earlier is designed and developed individually for both mobile devices, which inclines businesses to a higher mobile app UI/UX experience.

React Native when compared to Native technology, offers a vast spectrum of opportunities to mobile app developers. Starting from processing a higher amount of work in-app, to launching higher-functionality updates.

So, React Native wins the race in providing excellent scalability in Native vs React Native.

React Native can easily handle a wide range of cross-platform use cases, but it lacks the APIs necessary to cover all native mobile functionalities.

To access such inaccessible APIs, React Native relies on the concept of adding native module support, which necessitates that the React Native app development business you employ be fluent in both native languages.

However, there is no such limitation when designing a Native mobile app for Android or iOS devices, indicating that Native app creation is once again a stronger option in the native apps vs react native war.

React Native is built on JavaScript, which is not a fully typed and OOPs (Object Oriented Programming) based language like native app development languages such as Java and Kotlin (for Android) and Objective-C and Swift (for iOS).

Furthermore, in the case of React Native, various third-party libraries and APIs are employed, making it harder to spot problems and vulnerabilities in the development process. As a result, React Native is less secure than native app development solutions.

Although we have covered the key aspects enterprises must consider before considering one of each framework for app development. Nevertheless, to ignite your choice process, let’s see the criteria below that indicates which platform to choose when and which to avoid.

When to Choose Native App Development

When it comes to native app development, there are a few things to consider:

While comparing React Native to Native development technology, it is pretty evident that both frameworks hold a significant place in the mobile app development industry. Choosing one completely depends upon your project requirement.

However, if you pick a react native website development company, we advise you to know about their approaches, resources, and experiences for a better start. So, without any delay, get started with the best seamlessly.

Author bio– Amara works with the editorial team of DianApps, a leading company offering Flutter app development services company. Exploring the latest technologies, reading about them, and writing her views have always been her passion. She seeks new opportunities to express her opinions, explore technological advancements, and document the details. You can always find her enjoying books or articles about varied topics or jotting down her ideas in a notebook.

Actual Facts You Should Learn About Non-Fungible Tokens

GoodNotes – The Best Handwriting Notes App That You Need

Why Your YouTube Videos Are Not Getting Views? How to Fix this Issue

Reasons why you should stay at a resort in Hyderabad

How Multiplayer Games Changed and Improved Over the Years