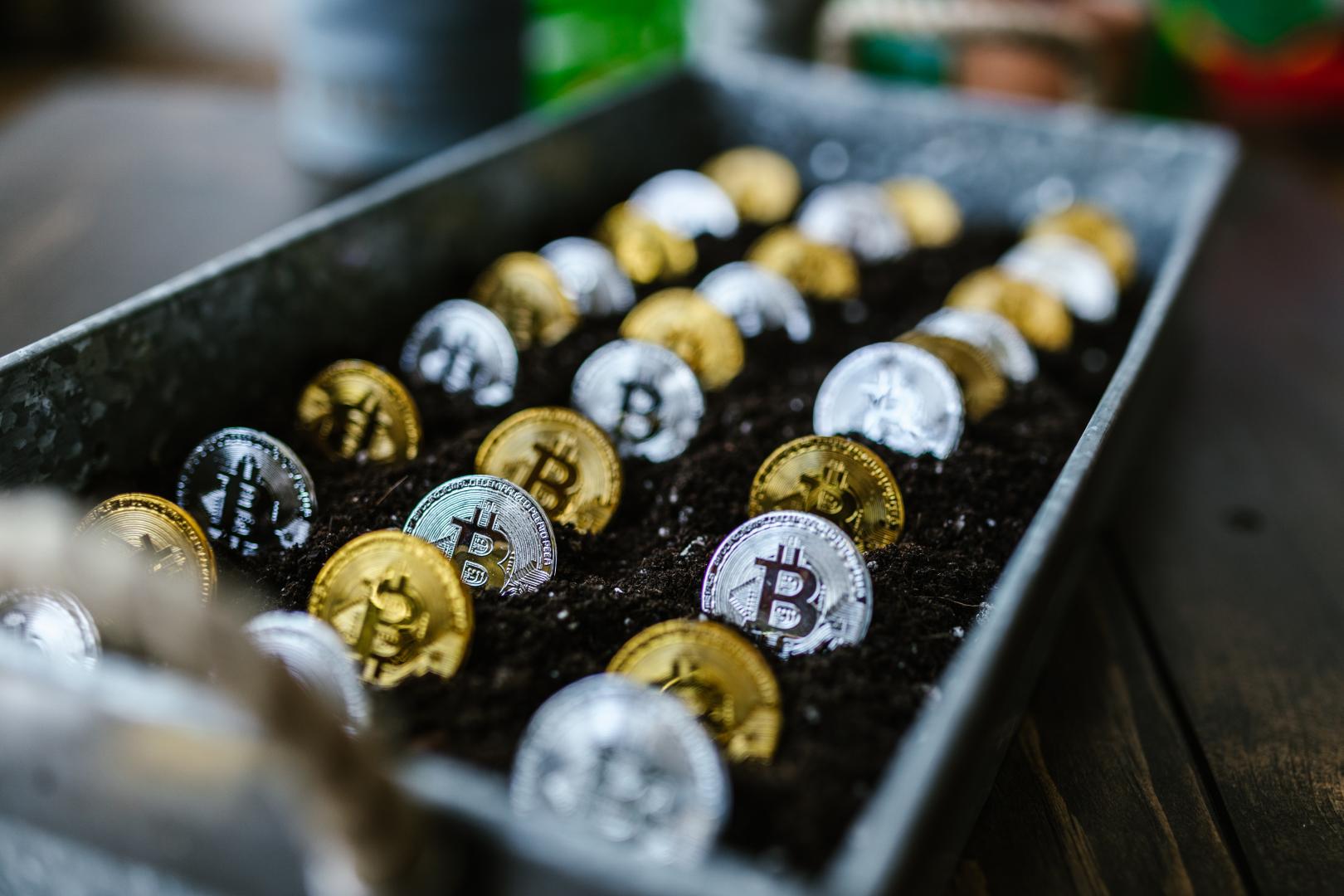 In 2008, under the pseudonym Satoshi Nakamoto, an unknown person published a paper describing the first decentralized digital currency. Using cryptography to ensure trust and security, transactions verified by independent nodes called miners rather than by a central authority would protect against fraud and counterfeiting. This innovation created what is now known as blockchain technology.

Emblematic of the data age—and specifically of our move away from centrally controlled media like television and newspapers to more decentralized, user-generated sources like YouTube and Twitter—the blockchain has become one of the most talked-about technologies today. And that’s not just because it powers cryptocurrencies like Bitcoin or Ether; it can also be used for far more than short-term financial gain (see sidebar). From supply-chain management to identity verification, the blockchain could soon affect every aspect of our lives.

Even if you don’t know exactly what it is or how it works, chances are you’ve heard something about the blockchain over the past couple of years. But beyond vague notions of cyber-money and online security, what else do we know? Here’s a crash course on the technology behind the headlines.

What is Blockchain Technology?

The blockchain was initially developed as a decentralized digital ledger for financial transactions that couldn’t be tampered with once logged. The unique thing about this structure is that all transactions are time-stamped and linked together in “blocks” using cryptography so that they are resistant to modification or analysis. This structure allows anyone with access to the blockchain to verify transactions and ensure their validity, even by searching backward in time.

As for what exactly you can do with blockchain technology, which has expanded beyond just cryptocurrency payments. The nature of the blockchain lends itself to many other uses as well. In basic terms, it can be applied to anything that requires a permanent record of secure transactions made between two or more parties that is very difficult to modify after the fact.

A blockchain, originally blockchain, is a continuously growing list of records, called blocks, linked and secured using cryptography. It’s an incorruptible digital ledger of economic transactions that can be programmed to record not just financial transactions but virtually everything of value.   – By Don & Alex Tapscott (Blockchain Revolution)

What does this mean in layman terms? The technology behind bitcoin/cryptocurrency that’s used for keeping track of every person who has ever done business with that cryptocurrency or company. No one controls it, and it can’t be tampered with. So it’s kind of like your bank statement. But the cool part about it is you don’t need any banks (centralized third parties, i.e., Visa/MasterCard/American Express) that charge you transaction fees (the nexis of evil in economics). 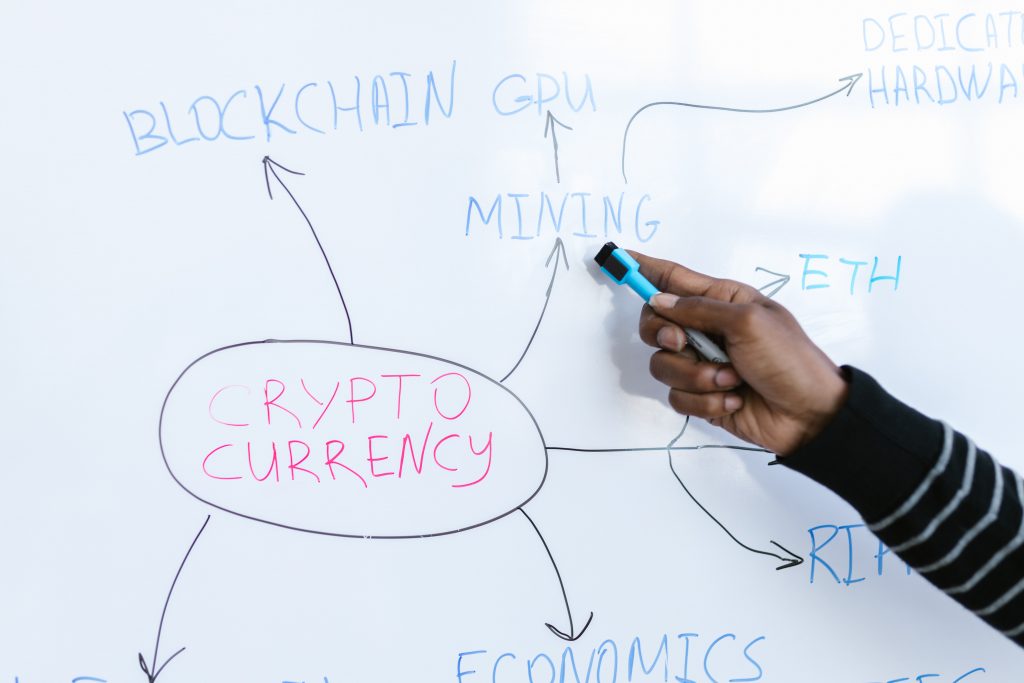 How does this work?

Every time cryptocurrency changes hands, between you and another person or company, information about that transaction is put on the blockchain (information like date of the transaction and how much was sent) and then mathematically encrypted to where no one but you can decrypt it. This is done millions of times over every time someone does business with this cryptocurrency/company. The more people use Cryptocurrencies like bitcoins or etherium, the stronger the encryption gets, i.e., the harder it is for someone to steal your money because more transactions are being inputted every second. This is why the cryptocurrency is superior to traditional fiat currency.

What does this mean for the average person?

It means that soon there will be no more fees (or very, very low transaction fees) when doing business with cryptocurrency. It also means that every time you purchase using cryptocurrencies, it’s recorded on an encrypted ledger of mathematical encryption that can never be changed/hacked. This gets rid of centralized ‘banks’ and gives back financial control to the people. And their imagination! If someone told you 5 years ago that your money would have no transaction costs every time you wanted to spend it, wouldn’t you have thought they were crazy? Sure, banks are still around but imagine what the world would look like without them. It’ll look a lot like a decentralized blockchain.

Blockchain is a list of records (blocks) linked and secured using cryptography that can’t be hacked or tampered with that records any/every financial transaction done with Cryptocurrencies. This includes money that changes hands between you and another person or company. People who own this technology will soon control the world’s economy because they’ve changed the game forever say RemoteDBA.com.

What does this mean for people involved in cryptocurrency?

This means that cryptocurrencies like Bitcoin/etherium will never die because their power lives inside their blockchains, which constantly grows stronger every time someone makes a business transaction. Which will bring the value of every cryptocurrency even higher? It also means crypto community members won’t have to worry about transaction fees ever again.

Why is this important for me?

It’s essential to understand blockchain because it’ll significantly impact you if you’re involved in cryptocurrencies. What are some other cool things Blockchain can do? There are loads of cool things that blockchain can do, but I’m just going to list one more. Cryptocurrency transactions are mathematically encrypted to where nobody can ever decrypt/hack them because of something called “smart contracts.” This means that if an event happens (i.e., you want your money back from someone), then another person gets their money, etc.

It’s cutting out the middleman, i.e., banks/lawyers that make lots of money off of you. In other words, you can eventually do business with anyone in the world without having to worry about ‘legal’ issues because smart contracts will take care of that for you.

Blockchain is a list of records (blocks) linked and secured using cryptography that can’t be hacked or tampered with that records any/every financial transaction done with Cryptocurrencies. This includes cryptocurrency transactions between two people. People who own this technology will soon control the world’s economy because they’ve changed the game forever.

The blockchain can do loads of cool things, like decentralized record-keeping (which will make lawyers obsolete) and cutting out middlemen like banks, Microsoft Office, etc. But I’m going to stop here because this is already a very long article, and I don’t want to sound like an infomercial. But I’ll leave you with one more amazing fact. The Cryptocurrency community has been growing at over 1 million members every 4 months since 2009. That’s why the cryptocurrency is superior to traditional fiat currency.

Customize Your Own Custom Balloons With A Special Message

The Art of Being a Good Scene Partner

5 Ideas To Watch For Launching An Edtech Startup

8 Cool Wireless Headphones You Should Know

The Complete Guide to the Best eCommerce Financing Options

Everything You Need To Know About Pgslot Is Right Here

What is computer security? Why is it important?