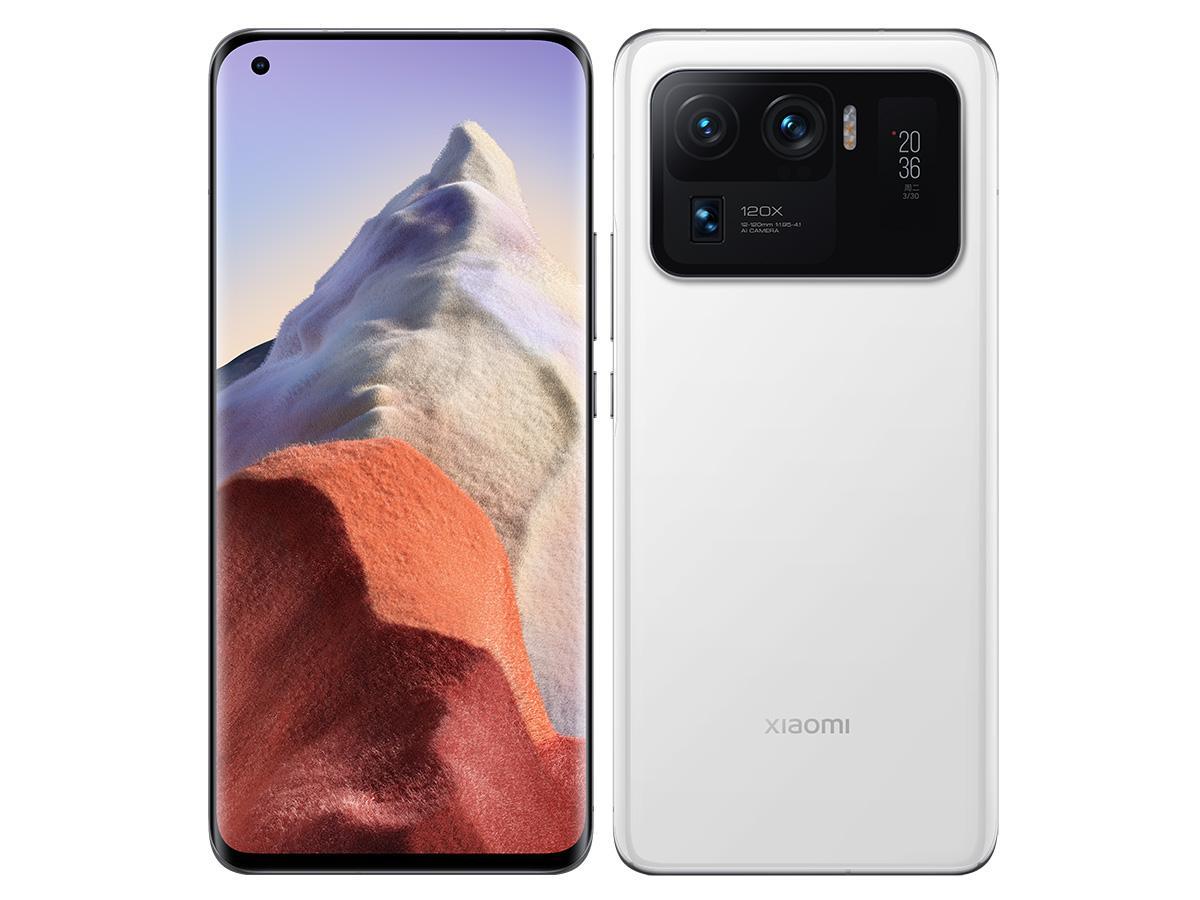 Xiaomi has been making waves recently with the launch of its Mi 11 Ultra device this year in March. Released internationally, and coming with some of the best specifications possible, many wondered if it would be able to beat its predecessor or other flagship smartphones. In this article, we are going to talk about the specifics of the phone and how it compares to the other models.

There is only one version of this phone that is priced at $1100. It is powered by 12 GB of LPDDR 5 RAM and has a storage space of 256 GB ultra-fast UFC 3.1 storage. The phone is equipped with the top-of-the-line Qualcomm Snapdragon 888 octa-core processor. Its performance numbers are right up there with the best mobiles. The processor also supports a 5G network on 13 bands which makes it very easy to be compatible with a number of 5G spectrums. As for the battery, Mi 11 Ultra has a 5000 mAh battery. It can support fast charging speeds of 67 watts both through its Type C wired charger, as well as through wireless charging with Xiaomi’s separately purchased wireless fast charger. It can also reverse charge other phones wireless at up to 10 watts of speed. The fast charging and large battery give the Mi 11 Ultra an excellent battery life.

Perhaps the biggest selling point of the Mi 11 Ultra is its massive camera system. It comes with a triple camera system where all three of them have a very important purpose. The primary lens is 50 Megapixel and the phone comes with the largest mobile camera sensor right now. This large lens size gives it unparalleled performance in low light shots, with a wide aperture. It can also record HDR10+ videos and is kept stable using Optical Image Stabilization.

The second lens is the 48 megapixels ultrawide camera. Being able to cover a landscape of 128 degrees it has the widest field of view compared to every other phone. The ultrawide camera also doubles as a macro lens for close-up shots.

The last camera is also a 48-megapixel shooter with a telephoto lens equipped with Optical Image Stabilization. This camera is able to magnify up to 5 times optically and also provides up to 120X digital zoom, which is the highest zoom in any phone camera, beating out Samsung S21’s 100X zoom. Lastly, the Selfie camera is a capable 20 Megapixel system.

The camera systems are quite competent at shooting videos too. All three cameras are capable of shooting 8k videos at 24 fps and lower resolutions at 60fps. There is a feature for slow-motion videos at 1080p and 1920 fps.

The main front display is a 6.81-inch QHD+ (3200 X 1440) display with an AMOLED screen. It can reach fast refresh rates of up to 120hz for a buttery smooth experience. The touch sampling rate is set to 480hz which makes it very responsive to use. The display has support for several video enhancements like HDR10+ and Dolby Vision.

The panel used here is the premium quality Samsung E4 AMOLED panel. The maximum brightness the phone can reach is a peak of 1700 nits that makes it very readable under sunlight. The in-screen fingerprint sensor is also present.

The Mi 11 Ultra has a rather unique design for a flagship smartphone. The most obvious standout is the curved edge display. The screen goes over the edges of the front side of the phone with rounded edges. Another interesting tidbit is the mini display beside the massive rectangular camera bump of the phone. It is an OLED display that is 1.1 inches in size and has a resolution of 126 X 294 pixels. You can customize this display to show many different small details like time, notifications, text, or pictures.

The entire phone is housed in a full metal aluminum body. The front screen is protected by Corning Gorilla Glass Victus and a Ceramic back panel. The selfie camera is a small punch hole in the top left corner. Mi 11 Ultra weighs in at a hefty 234g weight. The weight is mostly concentrated at the large camera bump of the phone, which makes it rather top-heavy.

How Is the Competition?

With all the specifications in mind, it is important to see how well the Mi 11 Ultra stacks up against other flagships.

At its price it is evenly matched against the One Plus 9 Pro and manages to outperform it in several aspects, such as better 5G support, a substantially stronger telephoto camera, and better battery life.

As for other flagships, based just on specifications, it matches and trades blows against the S21 Ultra and the iPhone 12 Pro Max. And even though they are pretty similar in performance and other metrics, what should actually be considered is the fact that the Xiaomi Mi 11 Ultra is much less costly than them, with Samsung and Apple costing well over 1 Lakh rupees. So the Mi 11 Ultra definitely offers a much better value for money. The user interface is also an important selling point. However, Mi 11 Ultra’s MIUI 12 is a bit poorly received because of the presence of bloatware that slows the phone and annoys users.

Mi’s main difficulty however is going to be in getting rid of its image as a budget phone brand that cuts corners. It still has a lot of work to do in the marketing department to be seen as sophisticated and premium as its competitors such as Samsung and Apple who have much more loyal fan bases.

In conclusion, if you want to buy the Mi 11 Ultra online, there are many considerations to think of. Buying a flagship is often also about the prestige of owning a premium phone. If you care simply about hardcore performance without breaking the bank, the Mi 11 Ultra is the best 2021 smartphone for its price.

How to get a temporary virtual number for SMS verification

Why Digital Marketing is More Important in 2021?

Why Should You Hire A Professional To Repair Your Water Heater?

What is a Data Lake? Definition of Data Lake

Digital Marketing in 2021: The Trends That Are Changing Everything

The latest trend to drape an elegant black saree