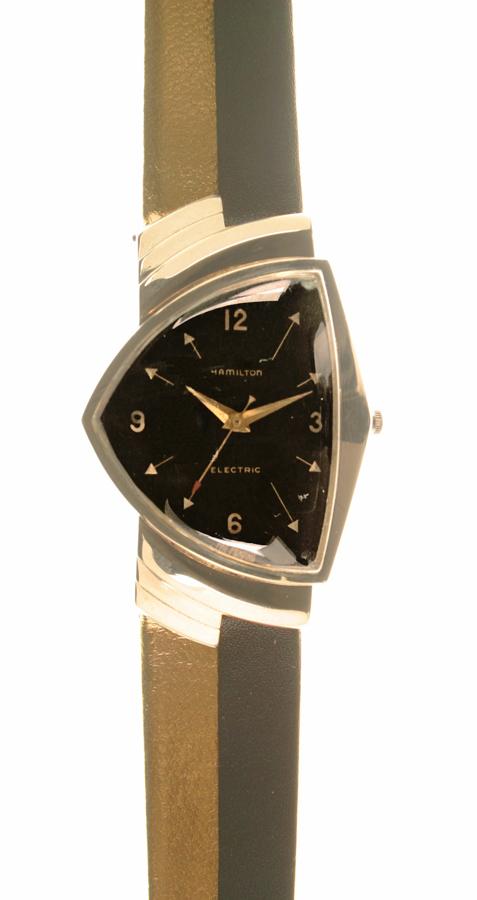 They save us from an intergalactic crisis, they erase our memories to hide their very existence, and best of all, they have wardrobes that rock and wristwatches that are sleek and we ask can it get any cooler than that? Many of us have followed the franchise of the Men and Women in Black and we get goosebumps by watching the film that takes us back into the days. To the days when every kid desired to be a galaxy defender, and of course, subconsciously accepted the existence not only of extraterrestrial beings but as well as the existence of a secret cool agency that keeps the peace of the entire universe from galaxy-scale threats.

What was probably stuck in mystery eager minds were not only the heart-pounding action scenes but also the black suit, and overall get-up of the MIB. Custom- wise MIB nailed it, the sheer thought of arriving on a mission and tackling gigantic aliens in a suit & tie, shades, and a wristwatch that ties it all is simply bad-ass in every sense. To take a more detailed view of the MIB franchise we like to take a look at the timepiece that is qualified to accompany every MIB agent of every generation. We’re going to discuss why Hamilton Ventura is the official watch of the Men and Women in Black.

The Hamilton Ventura watch has been regulation attire for the MIB for four consecutive films. Considering the history of this watch line and the 1960s aesthetic history of the galaxy defenders, the timepiece worn is appropriate for their hot sit-driven endeavors. Each Hamilton Ventura Watch looks like something straight out of an old-timey science-fiction flick. This style was driven by a space-age-affected generation that is looking toward the stars. Indeed the first Hamilton venture was released in 1957 as the first retail-ready electric watch at the time. But it was more of the guts than the outward appearance of these watches struck people. Fast-forward through the latter half of the 20th century to 1997 a timely release– Columbia Pictures drops a sci-fi film for a fresh generation entering a new millennium while entertaining audiences of all ages. It wasn’t just the enthralling dialogue and the quirky aliens that carried the film, but the wardrobe had a cultural and aesthetic significance to the franchise. The MIB organization, according to agent K, began in the mid-’50s, and ever since the first film their Hamilton ventures have followed them from that origin to the future and back again.

To say the least the research was certainly done in making sure the timepiece worn was era-appropriate timepieces for the characters in the MIB universe. Which made Hamilton’s retro-inspired Ventura perfect with its timeless appeal that takes you back to the past yet has a futuristic look. Although the recent release of men in black international has fallen a little flat for critics, the wardrobe is still on point when it comes to horology and overall aesthetic. A recent addition to the Men in Black rooster is Agent M. Played by actress Tessa Thompson who is a character that wears the timepiece well in the movie. Alongside her previous Thor Ragnarok co-star Chris Hemsworth, she’s rocking the most recent iteration of the Hamilton Ventura. She wears it so well that the brand has her as an ambassador for all Hamilton official watch promotions of the Ventura. Thompson and all her co-stars carry the mantle of science fiction retro-futurism well.

With that said, the Ventura’s sleek silver triangular case with asymmetrical tick marks and slim black band is something that would turn heads with or without the suit. Aside from the striking watches that appear on the screen, Hamilton puts out a wide variety of Ventura models for all would-be galactic agents. They currently have both quartz and mechanical models of the watch available, even featuring skeleton dials for added flair. If one wants to be a noisy cricket or perhaps something more subtle there’s a venture waiting for them via Hamilton’s catalog.

With the release of Men in Black 3, Hamilton Ventura got an opportunity to stand out even further in the franchise. Indeed retro cuts were a little more suited to 1 this time-bending timepiece. In the first Men in Black the watches themselves did not receive the best screen time due to the width and length of the suit coat sleeves and the second film fell flat for fans as a disappointing flop and had a similar design flaw in featuring the watches. It’s a great thing that Hamilton stuck with the MIB then because the time-traveling aspect of the third film saw some sweet horological action. Specifically, the wardrobe chosen was to pick up actual 60s era- Hamilton Ventura’s, for all alphabetical MIB employees.

The camp factor in period-appropriate style tied the franchise back together much like a Hamilton Ventura ties all MIB attire together. With modern and 60s inspired suit cuts the watch has spent a lot more time in the spotlight and audiences see more of the retro-futurism that creates nostalgia for many. Every other film has been a hit with critics and audiences, but personally MIB International did well. Perhaps any potential fifth installment of the franchise will not only see a new release but also an overall better reception.

It is hard to tell if there will be another MIB movie, but many fans will look forward to it. Audiences of different generations will like to get a piece of their MIB action and grow up to more gripping intergalactic battles with human beings in the lead of saving the world. With the modern technological advancements, we can only hope that the MIB Franchise will successfully retain the retro-look that we all love and blend it with the modern elements in cinematography, especially with their Hamilton Ventura watches. Ready to buy your own piece? Check out WatchShopping for the best prices!

Moldavite: The Mysterious And Magical Tektite

Find the Best Women Tops with These 4 Tips

6 colors that you need in your wardrobe

Six factors that point towards the legitimacy of a cryptocurrency website!

What is vanish mode on Instagram? And how does it work?

How To Improve The Checkout Process On Your eCommerce Site

8 Ways to Recover from Long-Term Depression

The Social Impact of E-Commerce on Society